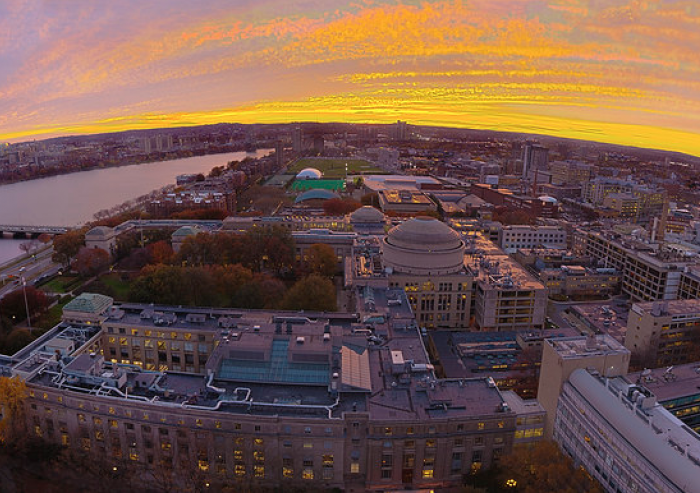 While so many faculty and researchers at MIT are developing technologies to reduce carbon emissions and increase energy sustainability, one class puts the power in students’ hands.

In 2.S999 (Solving for Carbon Neutrality at MIT), teams of students are tasked with developing a plan to achieve carbon neutrality on MIT’s campus by 2060. “It’s a ‘roll up your sleeves and solve a real problem’ kind of class,” says Timothy Gutowski, professor of mechanical engineering and co-instructor for the class.

In nearly every class, students hear from guest lecturers who offer their own expert views on energy sustainability and carbon emissions. In addition to faculty and staff from across MIT, guest lecturers include local government officials, industry specialists, and economists. Whether it’s the science and ethics behind climate change, the evolution of the electric grid, or the development of MIT’s upgraded Central Utilities Plant, these experts introduce students to considerations on a campus, regional, national, and global level.

“It’s essential to expose students to these different perspectives so they understand the complexity and the multidisciplinary nature of this challenge,” says Julie Newman, director of MIT’s Office of Sustainability and co-instructor.

In one class, students get the opportunity to embody different perspectives through a debate about the installation of an offshore wind farm near a small coastal town. Each student is given a particular role to play in a debate. Caroline Boone, a junior studying mechanical engineering, played the role of a beachfront property owner who objected to the installation.

“It was a really good way of grasping how those negotiations happen in the real world,” recalls Boone. “The fact of the matter is, you’re going to have to work with groups who have their own interests — that requires compromise and negotiation.”

Armed with these negotiation skills, along with insights from different experts, students are divided into teams and charged with developing a strategy that outlines year-by-year how MIT can achieve carbon neutrality by 2060. “The final project uses the campus as a test bed for engaging and exposing students to the complexity of solving for these global issues in their own backyard,” Newman adds.

Student teams took a number of approaches in their strategies to achieve carbon neutrality. Tom Hubschman’s team focused on the immediate impact MIT could have through power purchase agreements — also known as PPAs.

“Our team quickly realized that, given the harsh New England environment and the limited space on campus, building a giant solar or wind farm in the middle of Cambridge wasn’t a sound strategy,” says Hubschman, a mechanical engineering graduate student. Instead, his team built their strategy around replicating MIT’s current PPA that has resulted in the construction of a 650-acre solar farm in North Carolina.

Boone’s team, meanwhile, took a different approach, developing a plan that didn’t include PPAs. “Our team was a bit contrarian in not having any PPAs, but we thought it was important to have that contrasting perspective,” she explains. Boone’s role within her team was to examine building energy use on campus. One takeaway from her research was the need for better controls and sensors to ensure campus buildings are running more efficiently.

Regardless of their approach, each team had to deal with a level of uncertainty with regard to the efficiency of New England’s electric grid. “Right now, the electricity produced by MIT’s own power plant emits less carbon than the current grid,” adds Gutowski. “But the question is, as new regulations are put in place and new technologies are developed, when will there be a crossover in the grid emitting less carbon than our own power plant?” Students have to build this uncertainty into the predictive modeling for their proposed solutions.

In the two years that the class has been offered, student projects have been helpful in shaping the Office of Sustainability’s own strategy. “These projects have reinforced our calculations and confirmed our strategy of using PPAs to contribute to greenhouse gas reduction off-site as we work toward developing on-site solutions,” explains Newman.

This spring, Gutowski and Newman will work with a number of universities in South America on launching similar classes for their curricula. They will visit Ecuador, Chile, and Columbia, encouraging university administrators to task their students with solving for carbon neutrality on their own campuses.