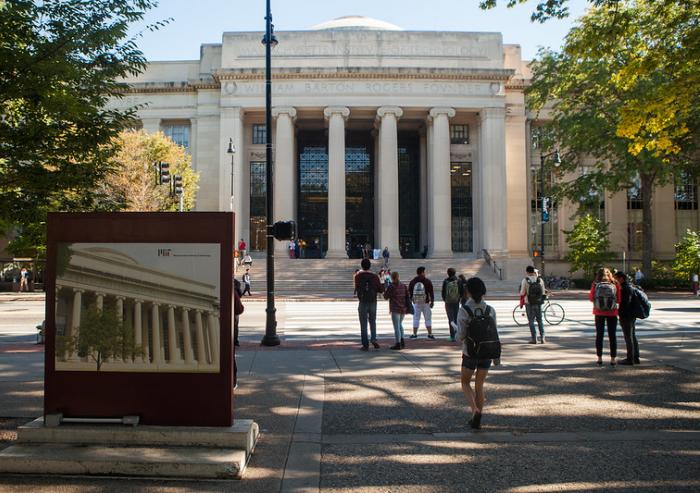 When asset management company Rheaply approached Washington University in St. Louis with a plan to make better use of campus equipment and supplies, Cassandra Hage, assistant director in the school’s office of sustainability, was already searching for "a way to circulate surplus property internally and also to connect with nonprofit organizations that might be able to utilize the university’s surplus."

Washington University had a lot of materials and equipment at its disposal — from desks and sofas to lab equipment. Across campus, there were small networks to exchange these resources. But because universities tend to be decentralized, "it’s a lot harder to make connections" that would allow for efficient exchange, Hage said.

So when labs moved or a building was renovated, equipment would sometimes be thrown away or put in storage, rather than being repurposed elsewhere.

That’s what inspired Hage to explore establishing a formal asset management system. "It made a lot of sense both from a financial perspective to better utilize the university’s resources but also from an environmental perspective, which is the lens that my office is most interested in from a waste diversion perspective," Hage said about the decision to use Rheaply, a software platform that facilitates recirculation of unwanted or unused items. Using Rheaply's app, users can post materials and equipment that they’re trying to dispose of and request items that they need.

The relationship between the Washington University community and Rheaply kicked off in November with a launch party where staff, faculty and students could learn how to use the platform. This sort of launch event is standard for each Rheaply customer, to get a mass of people on board.

The company is working with several other institutions, including Northwestern and the Massachusetts Institute of Technology, and companies including Google and Exelon. Rheaply also is in talks with pharmaceutical and construction companies, executives said.

It’s important for Rheaply’s customers to value inclusion, he said. In this case that means engaging with all employees — from entry-level to the C-suite.

"I think this concept of not just being engaged like ‘I know that we’re doing something around reuse at my company’ but being included in the positive performance of my company is important, no matter who you are," Cooper said.

Rheaply’s goal is to make asset management easier and more environmentally conscious. It does this with what’s called a progressive web application, a type of website that functions similarly to a mobile application but doesn’t require users to download it. Organizations can access the app from web browsers. This is important because at some institutions, people — whether employees, students or administrators — cannot download applications onto devices the organization owns.

Additionally, Rheaply has simplified access to the app by allowing users to access the site with the username and password they already use for their institution, instead of creating new log-in information.

How one transaction started it all

The idea behind Rheaply germinated when Cooper was a postdoc studying neurophysiology at the Northwestern University Feinberg School of Medicine, and he was helping clean out a lab freezer. He found that he was able to hand off some materials but was still throwing away bagfuls of antibodies.

That was a common and pricey problem that Cooper decided he wanted to solve, and the Rheaply app was born.

Impact is limited if you don’t scale

Like that day at Northwestern, many universities host informal resource exchanges. But typically, they are siloed by department and aren’t able to reach everyone who could benefit from accessing unused materials. So it’s not surprising that other universities are among Rheaply’s early adopters.

"[Some of our clients have] built out reuse surplus stores or these surplus efforts and so it started very traditionally from the swap-meet perspective," said Garr Punnett, sustainable business development manager at Rheaply. "It’s actually Rheaply’s origin story and how Garry started this company."

When MIT became a Rheaply client, it wanted to work without siloes.

"We recognized that if we're going to do this let's do it institute-wide," said Brian Goldberg, assistant director of the office of sustainability at MIT. "Let's not do it as one academic department; let's do this with the investment and then the commitment from stakeholders to bring this to the campus as a whole."

One was orchestrated by an MIT employee named Erin George, who works in the institute’s property office and tracks assets. Goldberg said George would hear of a lab that had a microscope it needed to get rid of and try to find a new home for it. In the end, if she couldn't find any other community groups willing to take it, the equipment ultimately would have to be thrown out if it couldn't be recycled.

"So Erin has been playing a very important role in repurposing material as a person within the role," Goldberg said. "We sort of joke that Rheaply is like a clone of Erin because it's now doing her job many times over and it's easily tracking the data ... about the value of each transaction."

Rheaply itself is trying to scale its impact. When it first started, its customers could share resources only within the same company or institution. But increasingly, Rheaply is working with businesses to help them share assets that are no longer useful to them internally with other organizations within their local communities.

With that in mind, it’s building networks in each community where it has an anchor account, which allows participants to connect with nonprofits, small businesses and other local community organizations and share surplus supplies, equipment or materials.

"Everything that comes into a company and leaves a company has the potential to be an asset not just internally but also externally," Punnett said.

Over time, getting buy-in on the decision-maker level — along with the onboarding that includes the customer taking a survey about their needs and Rheaply setting up a custom site — has become an easier task even though the stakeholders are often decentralized, Cooper said.

But once a business or institution signs on to use Rheaply, there is more work to do. In order to get buy-in, Rheaply — and, in turn, the organizations that it works with — must meet people where they are.

"Change is always hard," Cooper said. "And when you have organizations like universities that have been around for 200 years, 150 years and they’ve done a certain thing for 80 years, even though everyone agrees it’s wasteful or everyone agrees that it’s not efficient and your tool and your solution is easy, there still are historical barriers and of course as a startup we face all of them, right?"

In the case of the University of Chicago’s Office of Shared Research Facilities, which offers services and equipment to researchers in labs across campus, Rheaply helped jumpstart the effort by assisting with a laboratory cleanout.

"It is still the largest amount of offers and transactions that we’ve had. I think the total value of items that were repurposed in that one event was [about] $287,000," said Natalie Young, communications and organizational manager at UChicago. The total dollar value of items repurposed at UChicago on the platform was $378,000, as of the time of the interview for this story.

Rheaply knows that it is not the solution that will solve all asset management challenges related to sustainability. Sustainability directors at universities and large companies have myriad initiatives that they’re thinking about on a daily basis.

This was the case for Hage at Washington University, as well as Goldberg at MIT and Young at the University of Chicago.

"A lot of what happens at the university, I feel like, is word-of-mouth but that also speaks to why Rheaply is important because there’s also a lot of inefficiency in that system," Young said, noting that departments keep track of large pieces of equipment but typically not anything worth less than about $1,000.

"[But] there’s no central registry of that," she said. "Each lab controls their own resources."

Ultimately, Rheaply wants its clients to enter the "multi-usiverse" — a word Punnett coined that is a play on the idea of using items multiple times before its end of life.

"When you enter the sort of that multi-usiverse, you start to see resources around you a little bit differently and that’s what we’re passionate about here at Rheaply and we’re not just rethinking surplus access anymore," Punnett said.

Rheaply also knows that in order to make a lasting impact that will lead to the multi-usiverse spreading across industries and positively contributing to the environment, more companies dedicated to tackling that challenge will have to sprout up.

He sees competition as a good thing.

This article originally appeared on GreenBiz.com at https://www.greenbiz.com/article/startup-helping-universities-and-companies-embrace-circular-asset-management