In the fall of 2020, a joint effort from MIT Dining, Recycling and Materials Management, and student organizations UA Sustain and Waste Watchers gave students the chance to opt in to receive a free set of reusable utensils.
Isy Osubor '21 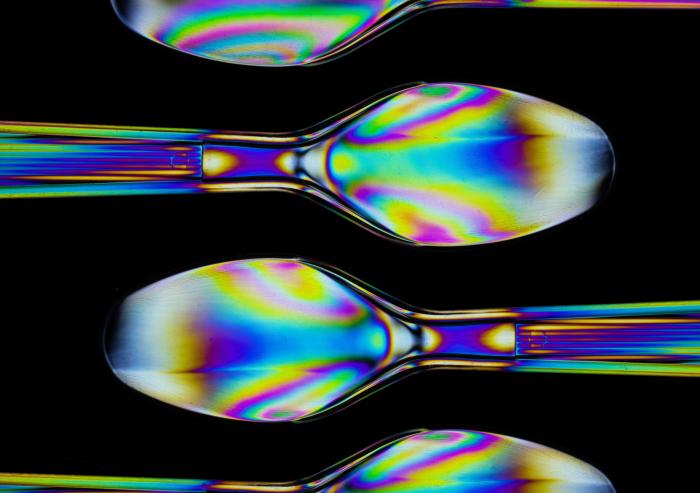 Discarded takeout boxes. Disposable utensils. Heavy plastic waste. This has been the reality of living on campus since Covid-19 hit last year. For the health and safety of the MIT community, dining services completely changed operations to support only takeout friendly meals. However, students soon began pushing for ways to support safety and sustainability when it came it to this new way of delivering campus meals.

In the fall of 2020, a joint effort from MIT Dining, Recycling and Materials Management, and student organizations UA Sustain and Waste Watchers gave students the chance to opt in to receive a free set of reusable utensils to use in place of single-use disposables with their many takeout meals on campus. At the end of the semester, participating students completed a survey facilitated by the Student Sustainability Coalition (SSC) which inquired about their experience with the utensils, including: how often they used the set, the challenges they faced (if any), and whether or not they would continue to use reusable utensils in the future.

Over 230 students received reusable utensils and over 140 of those students responded to the survey. According to the survey results, “of the individuals who did not use reusables, 35 percent did not want to clean them, 33 percent forgot to bring them, 5 percent preferred to use disposables, and the remaining 20 percent were automatically given disposables, had a stockpile of disposables from earlier in the semester, or lost their utensil set.” Additionally,“50 percent of students said that the utensils did not work well with all food items, most notably meat and other foods that need to be cut.”

Although some of these data points might sound discouraging, the survey results also show that “75 percent of students were extremely or somewhat likely to continue using their utensils after the pilot,” and “63.4 percent of students indicated that they would still use reusable utensils when in-house dining resumes.” With this information in mind, the SSC recommended that MIT supply stainless steel reusable utensils sets to all students returning to campus in spring 2021 as part of their campus arrival welcome bag. It’s important to note that there were nearly three times the number of students living on-campus this spring compared to the fall, making the potential single-use waste reduction even more impactful.

These results bode well for the future of on campus sustainability efforts at MIT. Although the MIT bubble can sometimes feel hard to break out of, it’s important to remember that the changes made on campus can have a large effect on the greater Boston community as well as set a precedent for other universities in the area. Here’s to hoping that other schools without a reusable utensils equivalent follow suit soon and students take their reusable sets wherever they may go.