Shrinking the carbon footprint of a chemical in everyday objects

Shrinking the carbon footprint of a chemical in everyday objects

New method for synthesizing the epoxides found in plastics, textiles, and pharmaceuticals could be powered by electricity.
Anne Trafton | MIT News Office 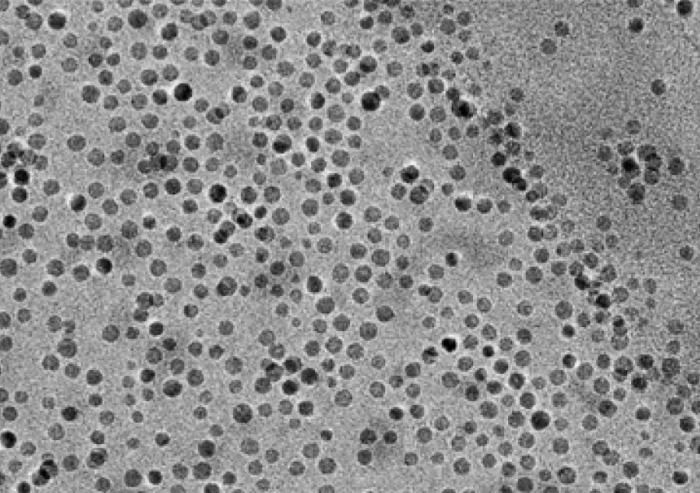 Courtesy of the researchers

The biggest source of global energy consumption is the industrial manufacturing of products such as plastics, iron, and steel. Not only does manufacturing these materials require huge amounts of energy, but many of the reactions also directly emit carbon dioxide as a byproduct.

In an effort to help reduce this energy use and the related emissions, MIT chemical engineers have devised an alternative approach to synthesizing epoxides, a type of chemical that is used to manufacture diverse products, including plastics, pharmaceuticals, and textiles. Their new approach, which uses electricity to run the reaction, can be done at room temperature and atmospheric pressure while eliminating carbon dioxide as a byproduct.

“What isn’t often realized is that industrial energy usage is far greater than transportation or residential usage. This is the elephant in the room, and there has been very little technical progress in terms of being able to reduce industrial energy consumption,” says Karthish Manthiram, an assistant professor chemical engineering and the senior author of the new study.

The researchers have filed for a patent on their technique, and they are now working on improving the efficiency of the synthesis so that it could be adapted for large-scale, industrial use.

MIT postdoc Kyoungsuk Jin is the lead author of the paper, which appears online  April 9 in the Journal of the American Chemical Society. Other authors include graduate students Joseph Maalouf, Nikifar Lazouski, and Nathan Corbin, and postdoc Dengtao Yang.

Epoxides, whose key chemical feature is a three-member ring consisting of an oxygen atom bound to two carbon atoms, are used to manufacture products as varied as antifreeze, detergents, and polyester.

“It’s impossible to go for even a short period of one’s life without touching or feeling or wearing something that has at some point in its history involved an epoxide. They’re ubiquitous,” Manthiram says. “They’re in so many different places, but we tend not to think about the embedded energy and carbon dioxide footprint.”

Several epoxides are among the chemicals with the top carbon footprints. The production of one common epoxide, ethylene oxide, generates the fifth-largest carbon dioxide emissions of any chemical product.

Manufacturing epoxides requires many chemical steps, and most of them are very energy-intensive. For example, the reaction used to attach an atom of oxygen to ethylene, producing ethylene oxide, must be done at nearly 300 degrees Celsius and under pressures 20 times greater than atmospheric pressure. Furthermore, most of the energy used to power this kind of manufacturing comes from fossil fuels.

Adding to the carbon footprint, the reaction used to produce ethylene oxide also generates carbon dioxide as a side product, which is released into the atmosphere. Other epoxides are made using a more complicated approach involving hazardous peroxides, which can be explosive, and calcium hydroxide, which can cause skin irritation.

To come up with a more sustainable approach, the MIT team took inspiration from a reaction known as water oxidation, which uses electricity to split water into oxygen, protons, and electrons. They decided to try performing the water oxidation and then attaching the oxygen atom to an organic compound called an olefin, which is a precursor to epoxides.

To take advantage of this, the MIT team designed a reactor with an anode where water is broken down into oxygen, hydrogen ions (protons), and electrons. Manganese oxide nanoparticles act as a catalyst to help this reaction along, and to incorporate the oxygen into an olefin to make an epoxide. Protons and electrons flow to the cathode, where they are converted into hydrogen gas.

Thermodynamically, this reaction only requires about 1 volt of electricity, less than the voltage of a standard AA battery. The reaction does not generate any carbon dioxide, and the researchers anticipate that they could further reduce the carbon footprint by using electricity from renewable sources such as solar or wind to power the epoxide conversion.

So far, the researchers have shown that they can use this process to create an epoxide called cyclooctene oxide, and they are now working on adapting it to other epoxides. They are also trying to make the conversion of olefins into epoxides more efficient — in this study, about 30 percent of the electrical current went into the conversion reaction, but they hope to double that.

They estimate that their process, if scaled up, could produce ethylene oxide at a cost of $900 per ton, compared to $1,500 per ton using current methods. That cost could be lowered further as the process becomes more efficient. Another factor that could contribute to the economic viability of this approach is that it also generates hydrogen as a byproduct, which is valuable in its own right to power fuel cells.

The researchers plan to continue developing the technology in hopes of eventually commercializing it for industrial use, and they are also working on using electricity to synthesize other kinds of chemicals.

“There are many processes that have enormous carbon dioxide footprints, and decarbonization can be driven by electrification,” Manthiram says. “One can eliminate temperature, eliminate pressure, and use voltage instead.”

The research was funded by MIT’s Department of Chemical Engineering and a National Science Foundation Graduate Research Fellowship.