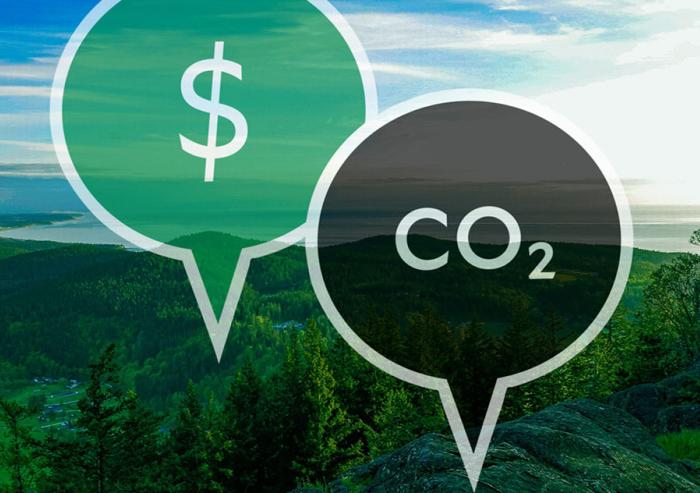 In November, inflation hit a 39-year high in the United States. The consumer price index was up 6.8 percent from the previous year due to major increases in the cost of rent, food, motor vehicles, gasoline, and other common household expenses. While inflation impacts the entire country, its effects are not felt equally. At greatest risk are low- and middle-income Americans who may lack sufficient financial reserves to absorb such economic shocks.

Meanwhile, scientists, economists, and activists across the political spectrum continue to advocate for another potential systemic economic change that many fear will also put lower-income Americans at risk: the imposition of a national carbon price, fee, or tax. Framed by proponents as the most efficient and cost-effective way to reduce greenhouse gas emissions and meet climate targets, a carbon penalty would incentivize producers and consumers to shift expenditures away from carbon-intensive products and services (e.g., coal or natural gas-generated electricity) and toward low-carbon alternatives (e.g., 100 percent renewable electricity). But if not implemented in a way that takes differences in household income into account, this policy strategy, like inflation, could place an unequal and untenable economic burden on low- and middle-income Americans.

To garner support from policymakers, carbon-penalty proponents have advocated for policies that recycle revenues from carbon penalties to all or lower-income taxpayers in the form of payroll tax reductions or lump-sum payments. And yet some of these proposed policies run the risk of reducing the overall efficiency of the U.S. economy, which would lower the nation’s GDP and impede its economic growth.

Which begs the question: Is there a sweet spot at which a national carbon-penalty revenue-recycling policy can both avoid inflicting economic harm on lower-income Americans at the household level and degrading economic efficiency at the national level?

The researchers find that household rebates have progressive impacts on consumers’ financial well-being, with the greatest benefits going to the lowest-income households, while policies centered on improving the efficiency of the economy (e.g., payroll tax reductions) have slightly regressive household-level financial impacts. In a nutshell, the trade-off is between rebates that provide more equity and less economic efficiency versus tax cuts that deliver the opposite result. The latter two policy options, which combine rebates to lower-income households with payroll tax reductions, result in an optimal blend of sufficiently progressive financial results at the household level and economy efficiency at the national level. Results of the study are published in the journal Energy Economics.

“We have determined that only a portion of carbon-tax revenues is needed to compensate low-income households and thus reduce inequality, while the rest can be used to improve the economy by reducing payroll or other distortionary taxes,” says Xaquin García-Muros, lead author of the study, a postdoc at the MIT Joint Program who is affiliated with the Basque Centre for Climate Change in Spain. “Therefore, we can eliminate potential trade-offs between efficiency and equity, and promote a just and efficient energy transition.”

“If climate policies increase the gap between rich and poor households or reduce the affordability of energy services, then these policies might be rejected by the public and, as a result, attempts to decarbonize the economy will be less efficient,” says Joint Program Deputy Director Sergey Paltsev, a co-author of the study. “Our findings provide guidance to decision-makers to advance more well-designed policies that deliver economic benefits to the nation as a whole.”

The study’s novel integration of a national economic model with household microdata creates a new and powerful platform to further investigate key differences among households that can help inform policies aimed at a just transition to a low-carbon economy.