Kerry Emanuel: A climate scientist and meteorologist in the eye of the storm

Kerry Emanuel: A climate scientist and meteorologist in the eye of the storm

With over 200 published papers, multiple books, and countless media appearances, Emanuel’s 41 years at MIT have been marked by influential research into hurricane formation and climate change outreach.
EAPS 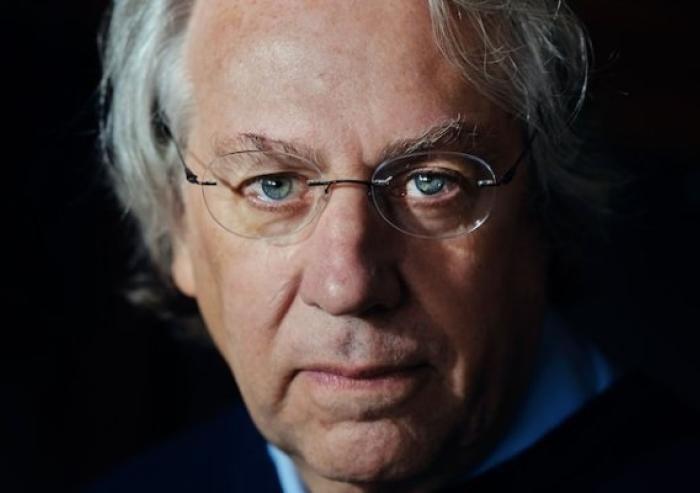 Kerry Emanuel once joked that whenever he retired, he would start a “hurricane safari” so other people could experience what it’s like to fly into the eye of a hurricane.

“All of a sudden, the turbulence stops, the sun comes out, bright sunshine, and it's amazingly calm. And you're in this grand stadium [of clouds miles high],” he says. “It’s quite an experience.”

While the hurricane safari is unlikely to come to fruition — “You can’t just conjure up a hurricane,” he explains — Emanuel, a world-leading expert on links between hurricanes and climate change, is retiring from teaching in the Department of Earth Atmospheric and Planetary Sciences (EAPS) at MIT after a more than 40-year career.

Best known for his foundational contributions to the science of tropical cyclones, climate, and links between them, Emanuel has also been a prominent voice in public debates on climate change, and what we should do about it.

“Kerry has had an enormous effect on the world through the students and junior scientists he has trained,” says William Boos PhD ’08, an atmospheric scientist at the University of California at Berkeley. “He’s a brilliant enough scientist and theoretician that he didn’t need any of us to accomplish what he has, but he genuinely cares about educating new generations of scientists and helping to launch their careers.”

In recognition of Emanuel’s teaching career and contributions to science, a symposium was held in his honor at MIT on June 21 and 22, organized by several of his former students and collaborators, including Boos. Research presented at the symposium focused on the many fields influenced by Emanuel’s more than 200 published research papers — on everything from forecasting the risks posed by tropical cyclones to understanding how rainfall is produced by continent-sized patterns of atmospheric circulation.

Emanuel’s career observing perturbations of Earth’s atmosphere started earlier than he can remember. “According to my older brother, from the age of 2, I would crawl to the window whenever there was a thunderstorm,” he says. At first, those were the rolling thunderheads of the Midwest where he grew up, then it was the edges of hurricanes during a few teenage years in Florida. Eventually, he would find himself watching from the very eye of the storm, both physically and mathematically.

Emanuel attended MIT both as an undergraduate studying Earth and planetary sciences, and for his PhD in meteorology, writing a dissertation on thunderstorms that form ahead of cold fronts. Within the department, he worked with some of the central figures of modern meteorology such as Jule Charney, Fred Sanders, and Edward Lorenz — the founder of chaos theory.

After receiving his PhD in 1978, Emanuel joined the faculty of the University of California at Los Angeles. During this period, he also took a semester sabbatical to film the wind speeds of tornadoes in Texas and Oklahoma. After three years, he returned to MIT and joined the Department of Meteorology in 1981. Two years later, the department merged with Earth and Planetary Sciences to form EAPS as it is known today, and where Emanuel has remained ever since.

At MIT, he shifted scales. The thunderstorms and tornadoes that had been the focus of Emanuel’s research up to then were local atmospheric phenomena, or “mesoscale” in the language of meteorologists. The larger “synoptic scale” storms that are hurricanes blew into Emanuel’s research when as a young faculty member he was asked to teach a class in tropical meteorology; in prepping for the class, Emanuel found his notes on hurricanes from graduate school no longer made sense.

“I realized I didn’t understand them because they couldn’t have been correct,” he says. “And so I set out to try to find a much better theoretical formulation for hurricanes.”

He soon made two important contributions. In 1986, his paper “An Air-Sea Interaction Theory for Tropical Cyclones. Part 1: Steady-State Maintenance” developed a new theory for upper limits of hurricane intensity given atmospheric conditions. This work in turn led to even larger-scale questions to address. “That upper bound had to be dependent on climate, and it was likely to go up if we were to warm the climate,” Emanuel says — a phenomenon he explored in another paper, “The Dependence of Hurricane Intensity on Climate,” which showed how warming sea surface temperatures and changing atmospheric conditions from a warming climate would make hurricanes more destructive.

“In my view, this is among the most remarkable achievements in theoretical geophysics,” says Adam Sobel PhD ’98, an atmospheric scientist at Columbia University who got to know Emanuel after he graduated and became interested in tropical meteorology. “From first principles, using only pencil-and-paper analysis and physical reasoning, he derives a quantitative bound on hurricane intensity that has held up well over decades of comparison to observations” and underpins current methods of predicting hurricane intensity and how it changes with climate.

This and diverse subsequent work led to numerous honors, including membership to the American Philosophical Society, the National Academy of Sciences, and the American Academy of Arts and Sciences.

Emanuel’s research was never confined to academic circles, however; when politicians and industry leaders voiced loud opposition to the idea that human-caused climate change posed a threat, he spoke up.

“I felt kind of a duty to try to counter that,” says Emanuel. “I thought it was an interesting challenge to see if you could go out and convince what some people call climate deniers, skeptics, that this was a serious risk and we had to treat it as such.”

In addition to many public lectures and media appearances discussing climate change, Emanuel penned a book for general audiences titled “What We Know About Climate Change,” in addition to a widely-read primer on climate change and risk assessment designed to influence business leaders.

“Kerry has an unmatched physical understanding of tropical climate phenomena,” says Emanuel’s colleague, Susan Solomon, the Lee and Geraldine Martin Professor of Environmental Studies at EAPS. “But he’s also a great communicator and has generously given his time to public outreach. His book ‘What We Know About Climate Change’ is a beautiful piece of work that is readily understandable and has captivated many a non-expert reader.”

Along with a number of other prominent climate scientists, Emanuel also began advocating for expanding nuclear power as the most rapid path to decarbonizing the world’s energy systems.

One lesson Emanuel has taken from his public work on climate change is that skeptical audiences often respond better to issues framed in positive terms than to doom and gloom; he’s found emphasizing the potential benefits rather than the sacrifices involved in the energy transition can engage otherwise wary audiences.

“It's really not opposition to science, per se,” he says. “It’s fear of the societal changes they think are required to do something about it.”

He has also worked to raise awareness about how insurance companies significantly underestimate climate risks in their policies, in particular by basing hurricane risk on unreliable historical data. One recent practical result has been a project by the First Street Foundation to assess the true flood risk of every property in the United States using hurricane models Emanuel developed.

“I think it's transformative,” Emanuel says of the project with First Street. “That may prove to be the most substantive research I've done.”

Though Emanuel is retiring from teaching, he has no plans to stop working. “When I say ‘retire’ it’s in quotes,” he says. In 2011, Emanuel and Professor of Geophysics Daniel Rothman founded the Lorenz Center, a climate research center at MIT in honor of Emanuel’s mentor and friend Edward Lorenz. Emanuel will continue to participate in work at the center, which aims to counter what Emanuel describes as a trend away from “curiosity-driven” work in climate science.

In addition to work with the Lorenz Center, he’s become interested once again in tornadoes and severe local storms, and understanding whether climate also controls such local phenomena. He’s also involved in two of MIT’s Climate Grand Challenges projects focused on translating climate hazards to explicit financial and health risks — what will bring the dangers of climate change home to people, he says, is for the public to understand more concrete risks, like agricultural failure, water shortages, electricity shortages, and severe weather events. Capturing that will drive the next few years of his work.

“I’m going to be stepping up research in some respects,” he says, now living full-time at his home in Maine.

Of course, “retiring” does mean a bit more free time for new pursuits, like learning a language or an instrument, and “rediscovering the art of sailing,” says Emanuel. He’s looking forward to those days on the water, whatever storms are to come.